Emblems are complex allegorical symbols constructed by linking a motto, an image, and a commentary.

The abundant lexicon of text and image relationships — description, alienation, disruption, translation, and simplification, to name a few — provides entry points for our conversation with the emblem.

The illustrations in this collection index public and private experiences, and intellectual concerns. Emblems are produced when these resources—which consist of fragments of conversation, excerpts from reading, and tokens of artistic practice—are forced through the cover of a variety of genres and clichés, including the travelogue, “breaking news”, the archive, and the warped cultural aspirations of “global” cities.

Some of the emblems in this body of work are designated “naked”—that is, they consist of a single phrase unaccompanied by a vivid picture. These emblems are meant to draw attention to the role of the artwork’s title as an “invisible color” that prods meaning in a certain direction.

There are twenty-four emblems in this collection, one to meditate upon during each hour of the day.

Emblem I. A Conversation.
Conviction and persuasion are not called for in a dialogue. This discord may be fatal but it is not serious. The fingers point, the coffee is strong and hot, the skull session continues. Emblem III. America: a Mosaic of Cultures, Languages, and Hairstyles.
These new people are a modern invention: we all live in a country lost in the Dream. 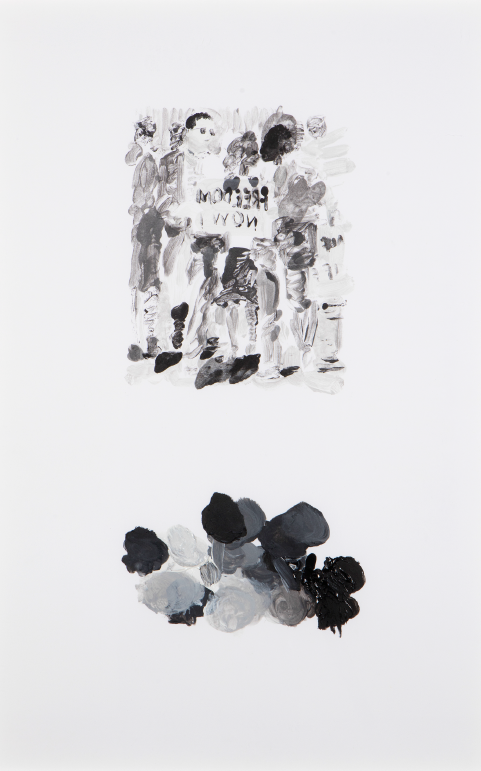 Emblem IV. “Between the World and Me” and Me, #1.
People who believe they are white marching in solidarity with people of color. There is no evidence that there are distinct human races constituted by hereditary traits of any kind.

Emblem V. “Between the World and Me”, and Me, #2.
I can participate and I can join. Race is to be counted only where it signals class exploitation and exclusion — past, present, and predictably future. Where race indicates a class that is socially, politically, and economically marginalized, there is a need — if justice is to be served — to identify members, not to ensure their social distance but to promote programs to facilitate their self-defined self-development. 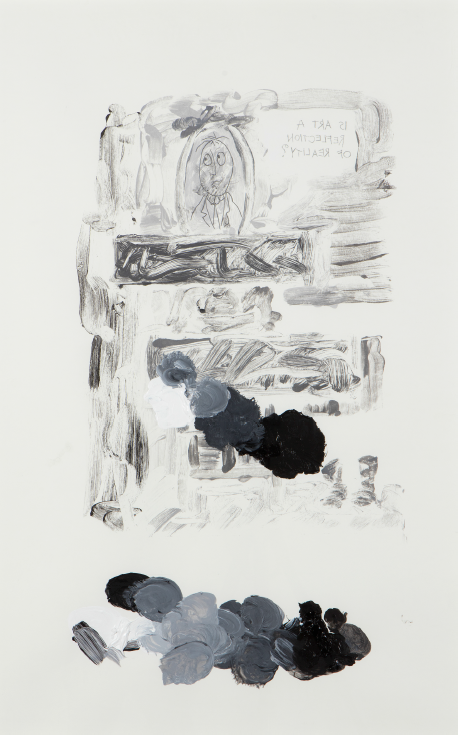 Emblem VI. Is Art a Reflection of Reality?
This is the question posed by Ad Reinhardt in an unpublished cartoon of 1946. Are those Van Gogh’s shoes in the lower right hand corner?

Emblem VIII. Now About This Storefront.
For the artist today there is no such thing as an “alternative space” because all spaces are necessary. 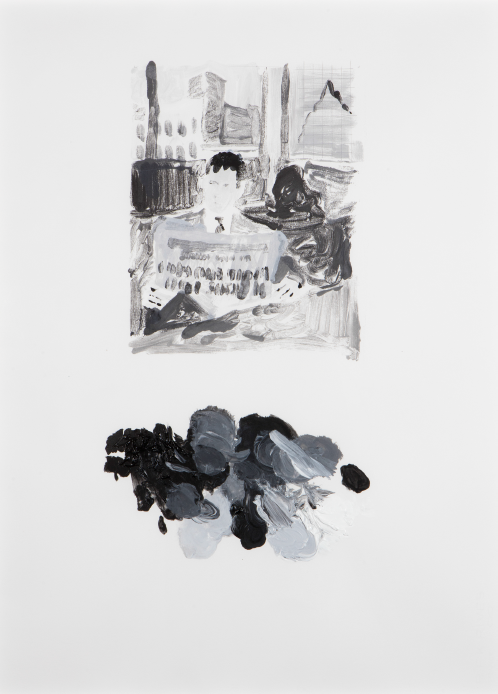 Emblem IX. Red-Herring: New Clues Found in Realm of Cultural Politics.
Many artists are, for many reasons, organizing themselves into groups, unions, communalities, or perhaps just talking possibilities. Emblem X. The Dallas Museum of Art, Inside and Out.
Queen Semiramus of Assyria and Museum Tower at rest.

Emblem XI. The Space between Punishment and Decoration.

Emblem XII. To the Abattoir.
What’s the difference to the hapless lamb between a meaningless pattern and a meaningful detail?

Emblem XIII. Trip to Norway, #1.
View across the Sognefjord. Bypassing the risky sea, refugees reach Europe through the Arctic.

Emblem XIV. Trip to Norway, #2.
Descent from the Jostedal glacier.

Emblem XV. Widows and Orphans #1 (Black Square).
A couple separated; a sign on its own.

Emblem XVI. Widows and Orphans #2 (Black Circle).
A couple separated; a sign on its own. 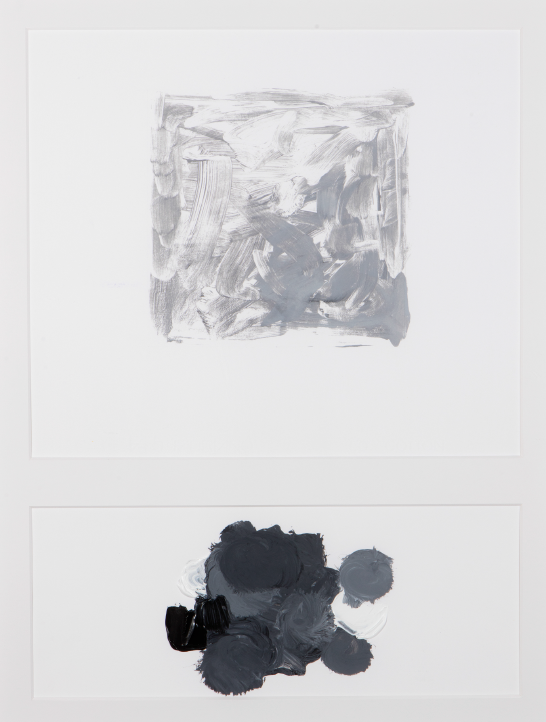 Emblem XVII. Widows and Orphans #3 (Gray Square).
A couple separated; a sign on its own.

Emblem XVIII. Widows and Orphans #4 (Gray Circle).
A couple separated; a sign on its own. Emblem XIX. Naked Emblem: Difficult Freedom.
To commit to versatility in any profession today might mean to refuse to play a supporting role to entrepreneurship. Or not!

Emblem XX. Naked Emblem: Invisible College.
A network of correspondents, freely devising the terms of their engagement. Bricks and mortar need not apply.

Emblem XXI. Naked Emblem: Main Campus.
Philistine administrators plaster the campus with mindless logos and issue their edicts in barbarous, semiliterate prose known as the elevator pitch. Education should indeed be responsive to the needs of society. But this is not the same as regarding yourself as a service station for neo-capitalism. In fact, you would tackle society’s needs a great deal more effectively were you to challenge this whole alienated model of learning.

Emblem XXII. Naked Emblem: My Frankenstein.
The most vital art today is the consequence of a détente between art and life.

Emblem XXIII. Naked Emblem: The Ad Reinhardt Museum.
A virtual institution so long as the concept of “fair use” remains a good “idea” and the Courts uphold the right of the Estate of the Artist to control intellectual property.