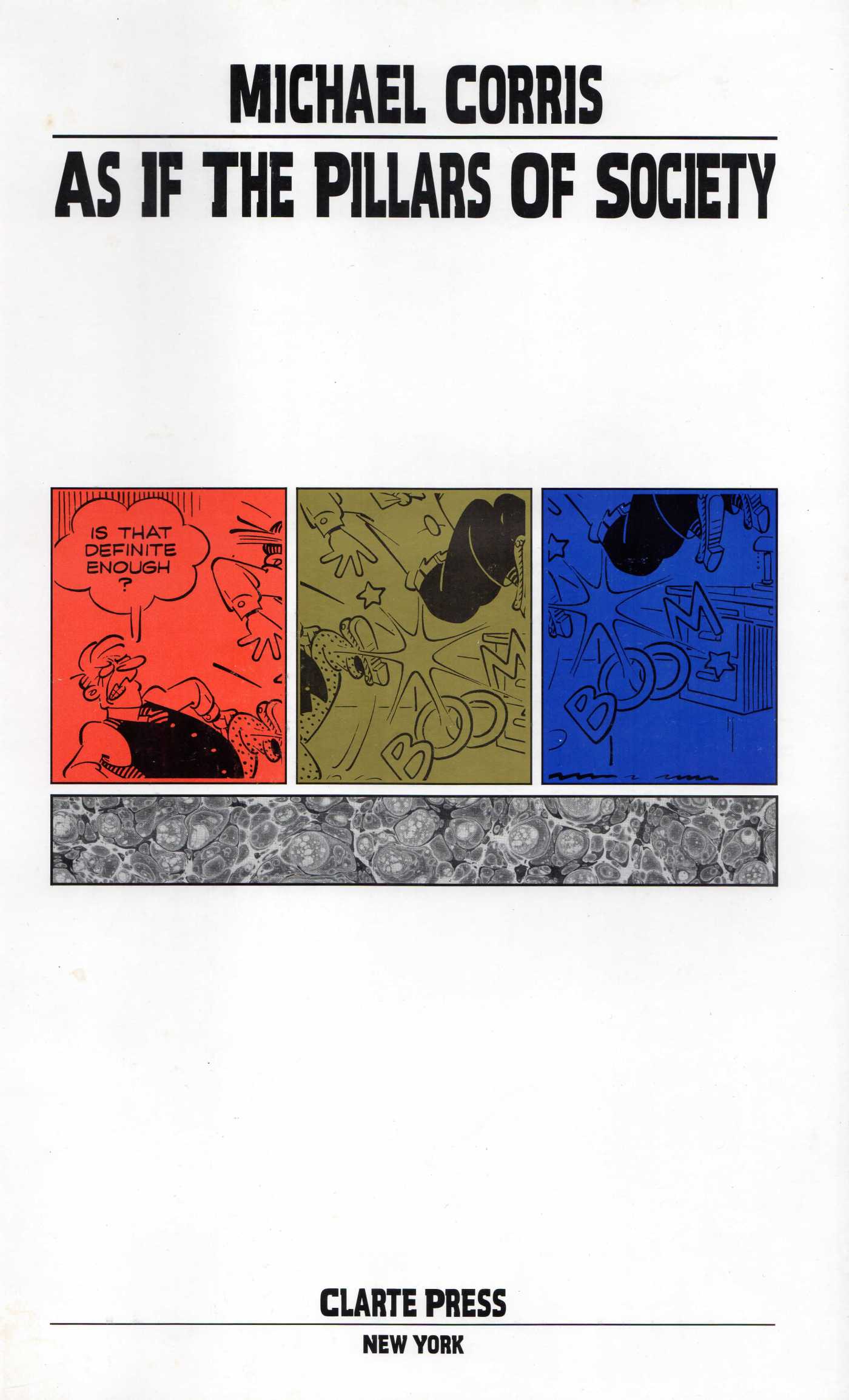 As If The Pillars of Society (1987) is a large-format (11” x 17”) spiral-bound collection of twenty-seven typographic compositions published by Clarté Press, New York in an edition of 1000 copies.

The print edition is sold out, but is now available in digital format.

The contents are organized into a loose narrative that follows the transition from day (“a world in common”) to night (“a world of one’s own”) — waking and dreaming — or, sincerity and authenticity.

“As If The Pillars of Society” was made possible by acknowledging and valuing the connection that existed during the 1980s between my artwork and my everyday work as graphic designer and typesetter.

Many of the textual excerpts that find their way into my typographic samples are drawn from the literature that supports the technology and culture of graphic design. Other texts are taken from my own literary diet. Still others are gleaned from random encounters with newspapers, magazines, radio broadcasts, or films.

The vision that my art enables is the folly of disambiguation. In my view, there is no fused horizon to tie intention to agency. This vision speaks to the impossibility of controlling the effects of text and presents an eternal panel discussion as our social destiny. To the extent that we entertain image as a kind of visual language, the same lack of interpretive closure applies to visual art. Under such a pall of uncertainty, Leni Riefenstahl could never have considered shooting a film titled “The Triumph of the Will.”

My disenchantment of meaning is materialized through the making of things to read. In the book, “As If The Pillars of Society”, the diurnal narrative follows the rubric of Heraclitus, who tells us “those who are awake have a world in common, while every dreamer has a world of her own.” Some of us are larks; others, owls.

In contemporary critical theory, the division of “day” and “night” materialized in this book corresponds, as mentioned earlier, to the distinction between “sincerity” and “authenticity”. Sincerity refers to the public display of good faith and the upholding of the public virtues of openness, transparency and fair play. Authenticity — which may also be called the politics of identity — argues against universal values and advances the reality of the particular, however that may manifest itself as sub-culture, ethnicity, or any other individuating preference.

“As If The Pillars of Society” is not directly about politics, economics, or ideology. It poses the question: “How do we conceive of dialogue under the conditions of pluralism?”

“Misread” — a manifesto for typographers — closes the book while keeping the conversation alive. It points forward by creating a parallel text using typographic means. The deeply cynical realm of advertising has long since colonized this simple formal device for generating multiple meanings in an hysterical register. In the hands of so-called creatives, this technique yields mostly witless double entendres. One must look elsewhere, it seems, for the small pleasures of dissimulation. 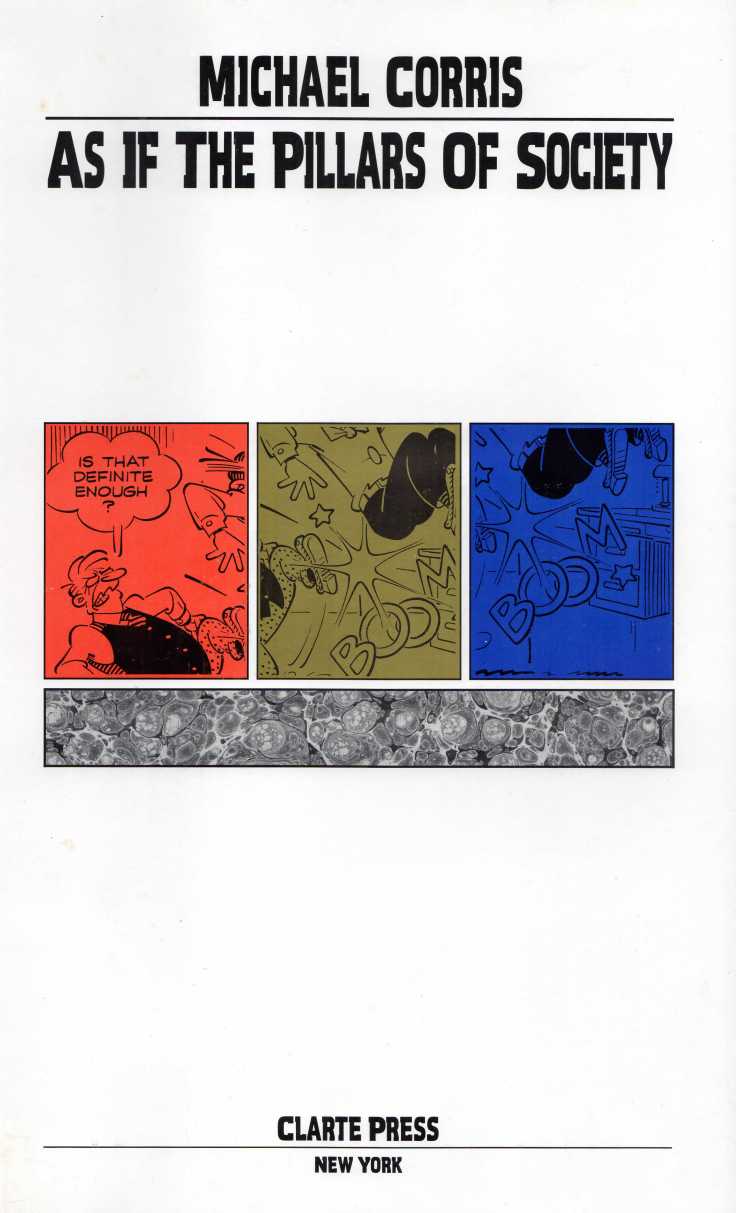 As If The Pillars of Society (Digital Version)