Dallas Pavilion 2019 presents a set of alternative models for cultural development and commentary highlighting the diversity of urban communities over the narrower commercial interests of corporate developers and the tourist industry.

Operating from a site opposite the US Pavilion in Le Giardini, free copies of a set of 17 x 22-inch broadsides were distributed during the artist and press preview days of the Biennale (May 8, 9, and 10). 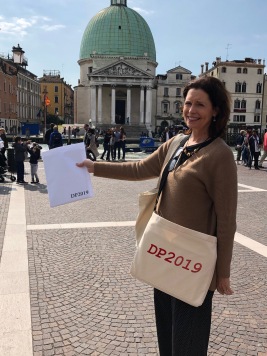 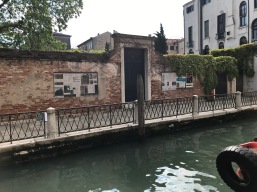 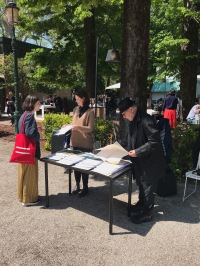 Related activities included the public posting in Venice of complete sets of the 16 broadsides representing the work of 24 artists and writers of Dallas Pavilion 2019, and a performance organized by Westminster Law & Theory Lab, London, “Escaping the Lawscape”.

In 2012, Michael Corris and Jasper Joseph-Lester commissioned individuals living in Dallas to submit a short text describing a specific space of cultural production within the environs of the DFW Metroplex.

The result was the 2013 Dallas Pavilion, an eighty-eight-page handbook published by Free Museum of Dallas Press and distributed free of charge during the artist and press preview week of the 2013 Venice Biennale.

Dallas Pavilion was intended to function as a virtual pavilion showcasing the cultural aspirations of Dallas and Fort Worth. In the publication, civic institutions of culture, DIY exhibition spaces, and other expressions of cultural vitality within the DFW Metroplex were given equal weight.

Given the current state of affairs of the cultural infrastructure of Dallas — a condition that some would describe as underdeveloped, stagnant, or contracting — it seems appropriate to reconsider the tactic of celebrating and promoting the cultural landscape of Dallas and the aspirations of its civic leaders.

In contrast to the official boosterism of Dallas, we find it necessary to present a more sober assessment of the cultural landscape of the city. We are less interested to celebrate the growth of the arts on an institutional level and more concerned to address issues that are representative of the everyday life of the citizens of Dallas. The issue of equity across all dimensions of urban life — cultural, economic, educational, and health care — remains at the top of our agenda.

We are well aware of the spectacle of the Dallas Arts District and other cultural jewels dotted across the city. While we recognize these institutions for what they are, we remain skeptical of what they may yet bring to the quality of life of the inhabitants of Dallas. We ask: “What use is culture to a city that remains marked by historical segregation, huge economic disparities, a burgeoning population of homeless persons, and a net loss of young artists?” To gain a fresh perspective on the relation between culture and development, we look to proposals and projects conceived by individuals and groups working in other urban settings.

In this matter, we do not wish to privilege the arts or artists nor to berate them for being constrained by the global aspirations or misguided policies of a particular city government. Instead, we are presenting concepts and practices relevant to the development of the Dallas; ideas that have eluded its master planners or have been deformed fatally by ignorance, greed, and racial bias.

As nearly as possible the high-profile cultural riches and widely publicized hopes for the city of Dallas will remain invisible within our pavilion. What is visible in Dallas Pavilion 2019 is a selection of concepts and images representing a variety of models of humane urban development and enlightened commentary. The ideas and projects presented here will be familiar to artists, activists, and writers who work in the area of art and urban development. Can the same be said of the civic leaders of Dallas?